A 3D Printer by Potteries Hackspace 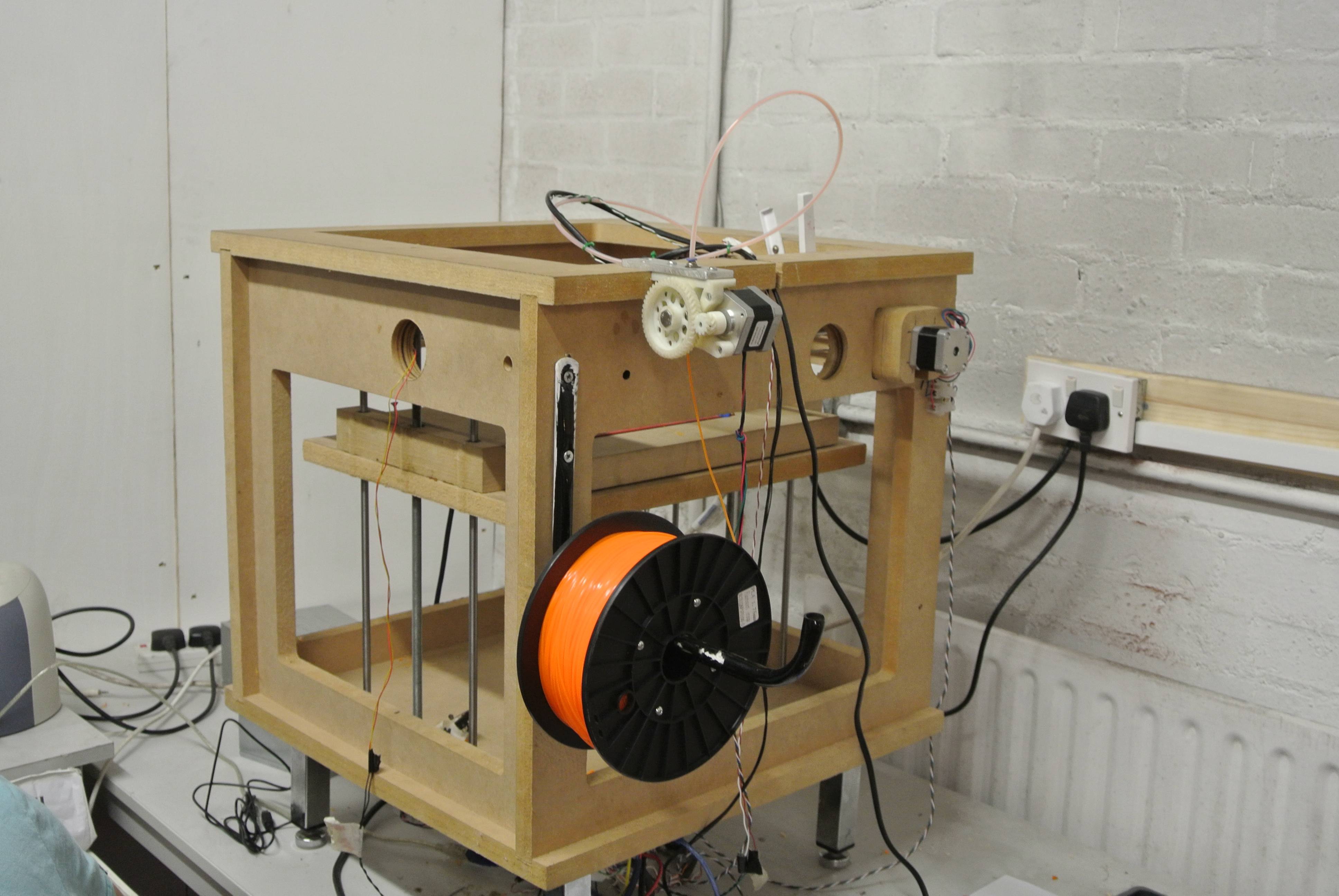 We’ve built a 3D printer to allow us to bring our own 3D designs to life.

The outline of the project was to build a printer with a XYZ axis for 3D printing, much like an Ultimaker or RepRap.

Our goal was to build a 3D printer for as cheap as possible using as many locally sourced parts as we can or importing from China in bulk.

The idea for the prototype was formed, a 3D model was designed and we began to compile a bill of materials (BOM).

Beyond assembling the chassis the challenge is programming the Arduino MEGA 2560 to control the NEMA17 stepper motors which will move the hot end and the extruder.